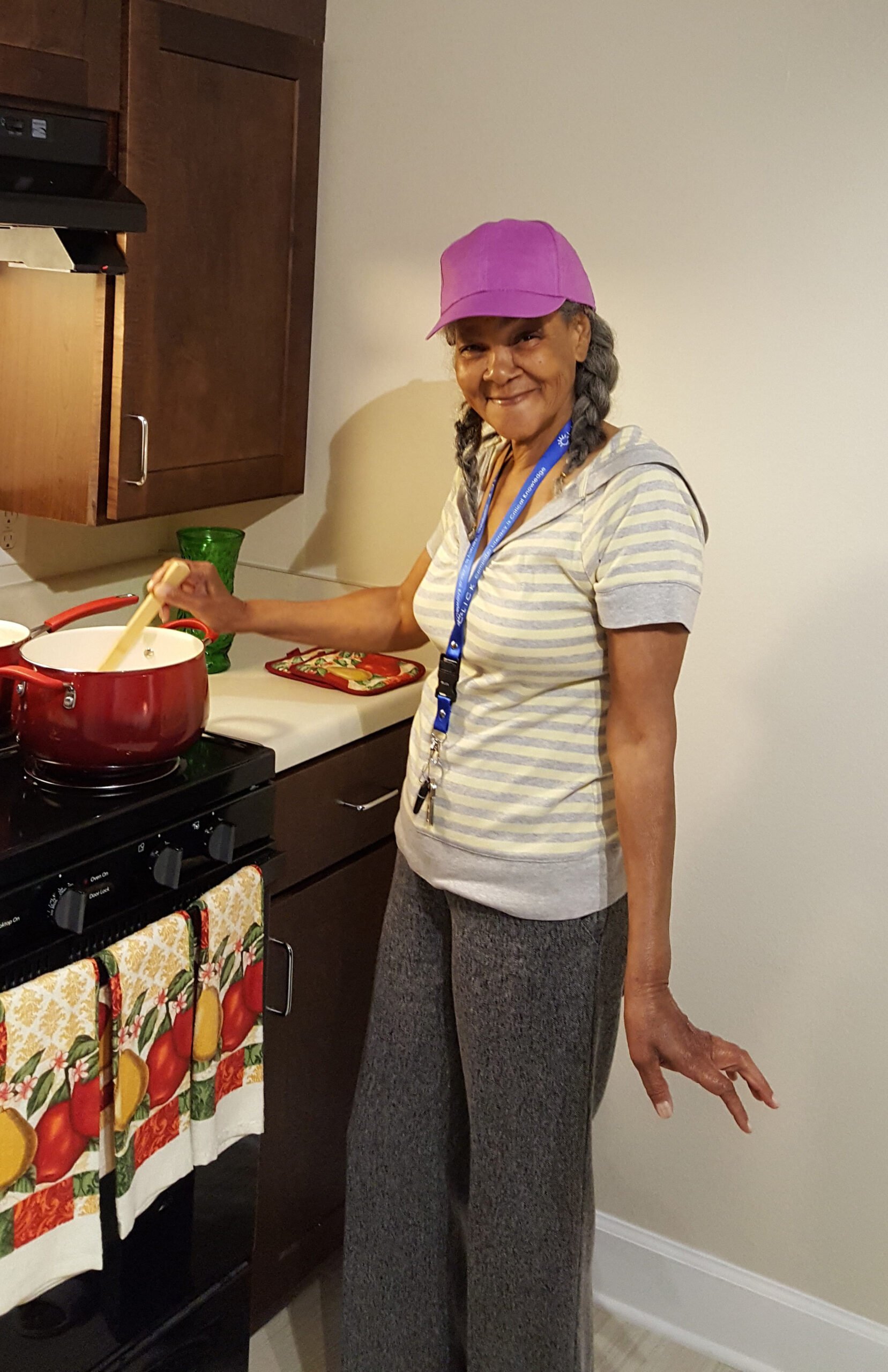 Imagine being 66 years old with no family support and experiencing homelessness. After becoming extremely ill, Barbara ended up in the hospital. After being discharged from the hospital, she had no place to live. Shortly after this, she became a resident of the Virginia D. Jackson Home for Women, a United Way funded program of Open Door Community House. Through this

program, she received assistance with creating a resume, was linked to an employment agency for individuals 55 and older, and found a part-time job.

Once employed, she decided to further her education. She enrolled in the Medical Billing and Coding program at Columbus Technical College. “Even though I’m the oldest person in my classes, I feel good about my decision to further my education at my age. I hope that I am an inspiration to my peers and that they realize that it is never too late to learn and grow.”

After some time had passed, Barbara had saved enough money to move into permanent housing!

Today, she continues to attend classes, is a caregiver for her brother, and is enjoying the ability to remain self-sufficient. She credits much of her success to Open Door Community House for allowing her to have the time needed to reach the goals she set.

“I have grown spiritually, physically and emotionally because of the support that I received at Open Door.” – Barbara

Support Ladies Like Barbara By Giving To United Way.